On a wet, closed in StPatrick’s Day, nothing for it but to get on with the mundane jobs in the studio

Painting the edges is a rather precarious job, with paintings balanced at odd angles in strange combinations, often upside down

I usually mix a colour in harmony with the painting, but not an exact match to any of the colours I used in the work itself

This blue and yellow pair of square canvases is an exception, as I used the same blue as in the paintings to try and emphasise the feeling of spaciousness I was trying to capture in relatively small works

I had already painted the edges of these, but have reworked them, so the bright turquoise edge seems too strong now, so I’ve mixed a pale olive green. However, it might be a bit dark, so I’ll probably try yet again! 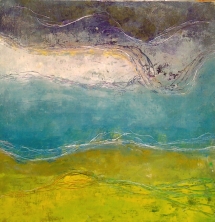 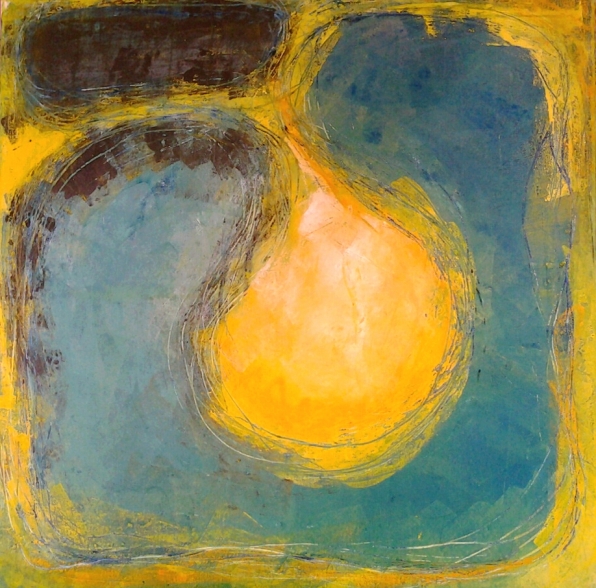